What's happening with the drivetrain nowadays? 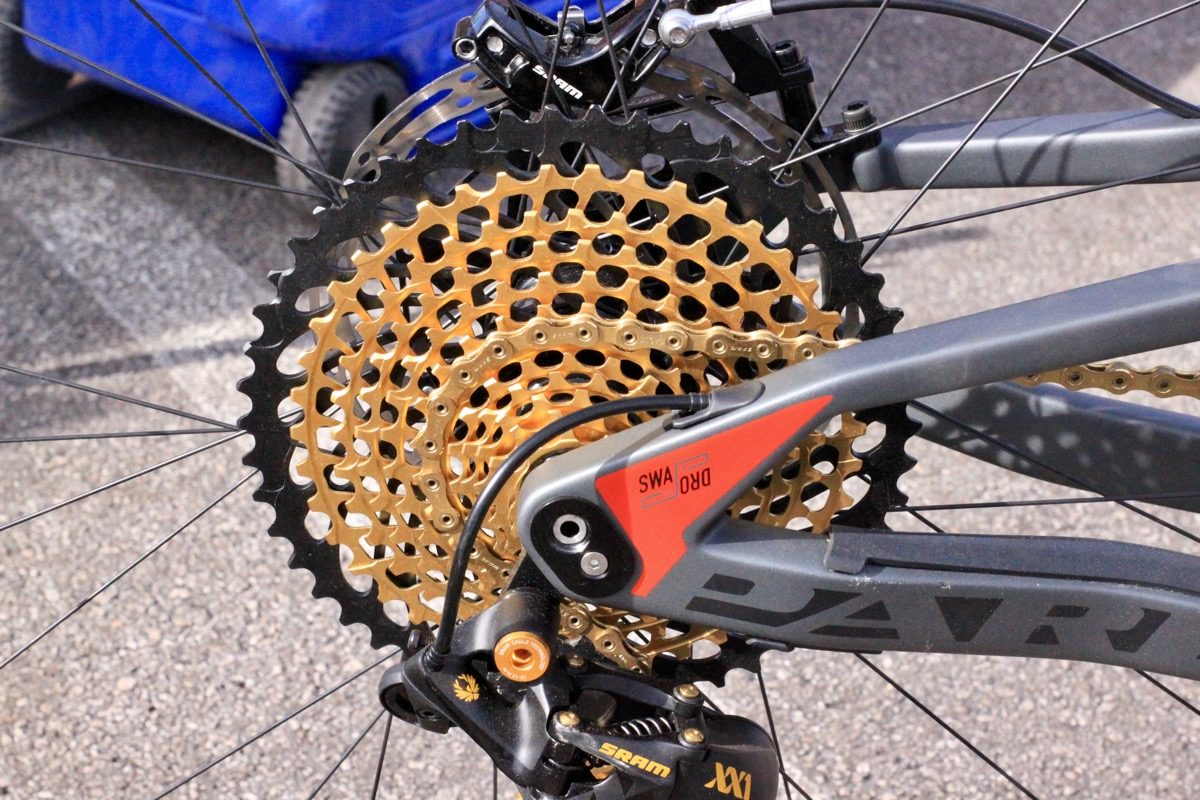 Will mountain bike cassettes ever have enough gears to satisfy riders? Are 1-by drivetrains just a fad, or are they truly for the masses? We’ve been tracking mountain bikers’ preferences for drivetrain configurations over the past 3 years, and the data paints an interesting picture. 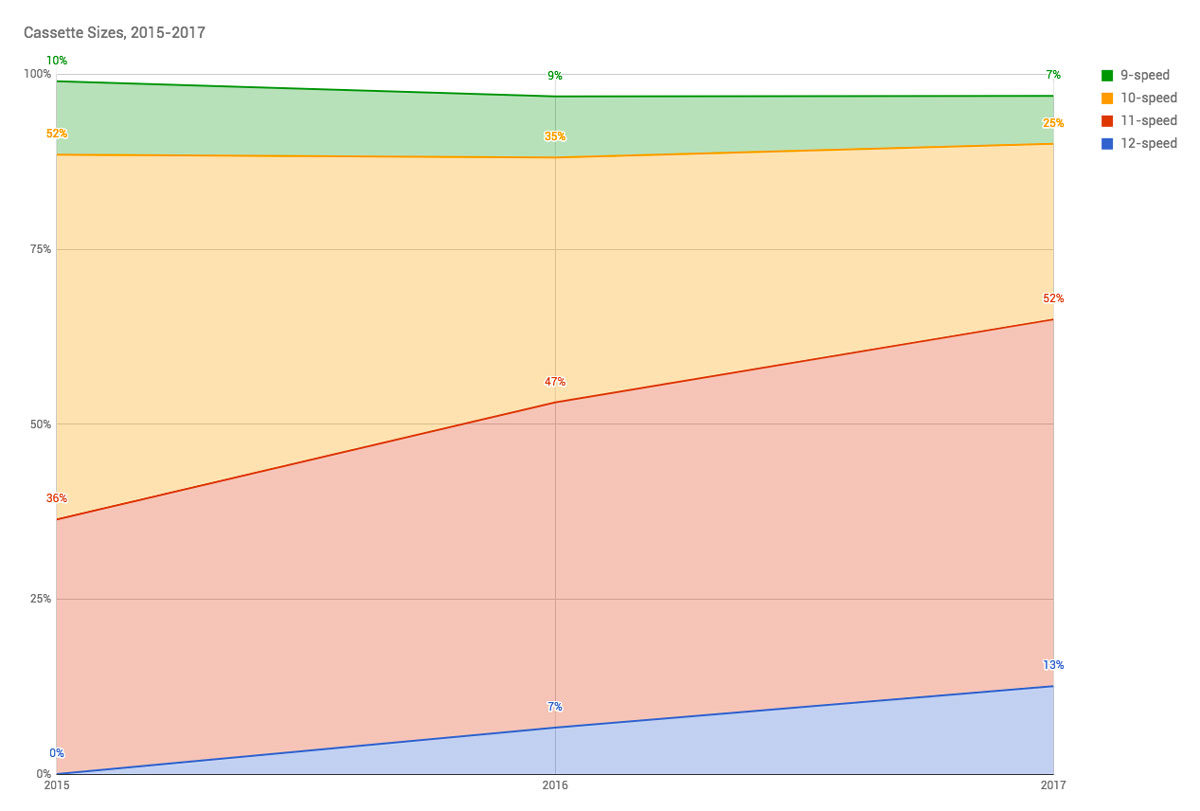 Older mountain bikers will remember 7- and 8-speed drivetrains from many years ago, so clearly there has always been an appetite for bigger cassettes with more gears to choose from. The chart above shows Singletracks readers’ preferences for various cassette sizes: blue represents 12-speed, red represents 11-speed, yellow represents 10-speed, and green represents 9-speed. Survey respondents were also able to choose “other” for drivetrains that fell outside the available choices, though in each year these responses represented just 1% of the total.

Starting at the top of the chart, we see a slow decline in 9-speed preferences. Over time it seems 9-speed drivetrains are slowly being replaced, but their owners don’t seem to be in any hurry.

Finally, it appears 12-speed cassette preferences are growing at a healthy, steady clip, but they’re not exactly ramping up. Note, however, that this survey was administered just before news of SRAM’s affordable 12-speed GX group was leaked, which surely made it more compelling to some who may have expressed a preference for 11-speed cassettes. Next year’s survey will certainly tell the story.

It should be noted that many bike brands are speccing SRAM’s 12-speed GX group on 2018 bikes in the $3-4K range, which will certainly drive future adoption. Do new mountain bikers truly prefer 11- or 12-speed drivetrains, or is it all they know?  Unfortunately, our survey data doesn’t answer that question.

One-by drivetrains aren’t for every rider, and some have accused brands and even fellow riders of simply jumping on the one-by bandwagon over the past few years. But the following chart paints a pretty clear picture that the majority of riders are quickly being sold on the benefits. 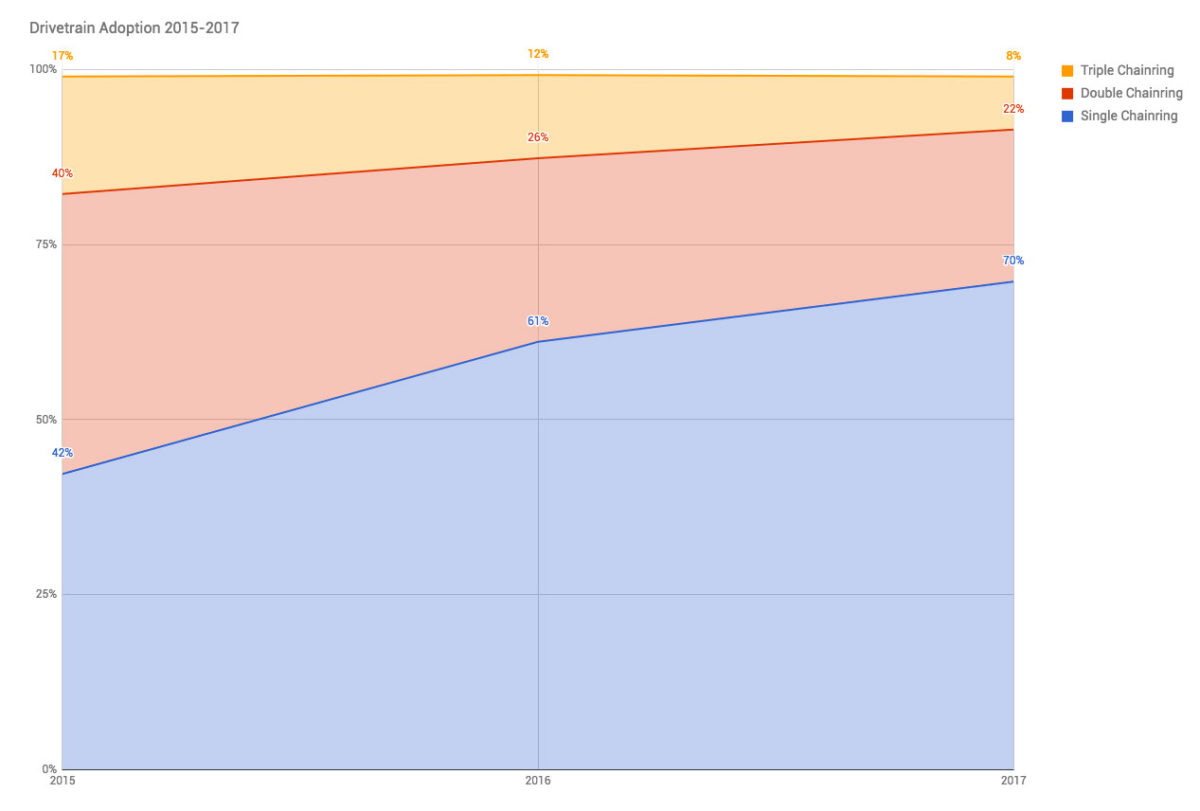 Once again, we see that older, 3-chainring drivetrains (yellow band) are slowly being replaced, perhaps as parts wear out. Sure, 3-ring cranks are still available–Shimano even markets a newish 3×11 drivetrain–but for some, hanging onto a 3-by drivetrain might be a matter of economics rather than a true preference for its performance.

From our limited data set (just 3 years worth,) it appears the number of defectors from 2-by (red band) to 1-by (blue band) may have slowed over the past year. As riders have had a chance to test multiple configurations, it seems the market may be settling down.

Finally, just look at how many riders prefer a 1-by drivetrain! In only two years time we’ve moved from less than half to a clear majority preferring just a single chainring. Of course, by adding more gears to improve the range of 1-by drivetrains, companies are making it easier for more consumers to switch, especially when they’re able to get nearly the same range as a more complex 2 or 3 chainring system.